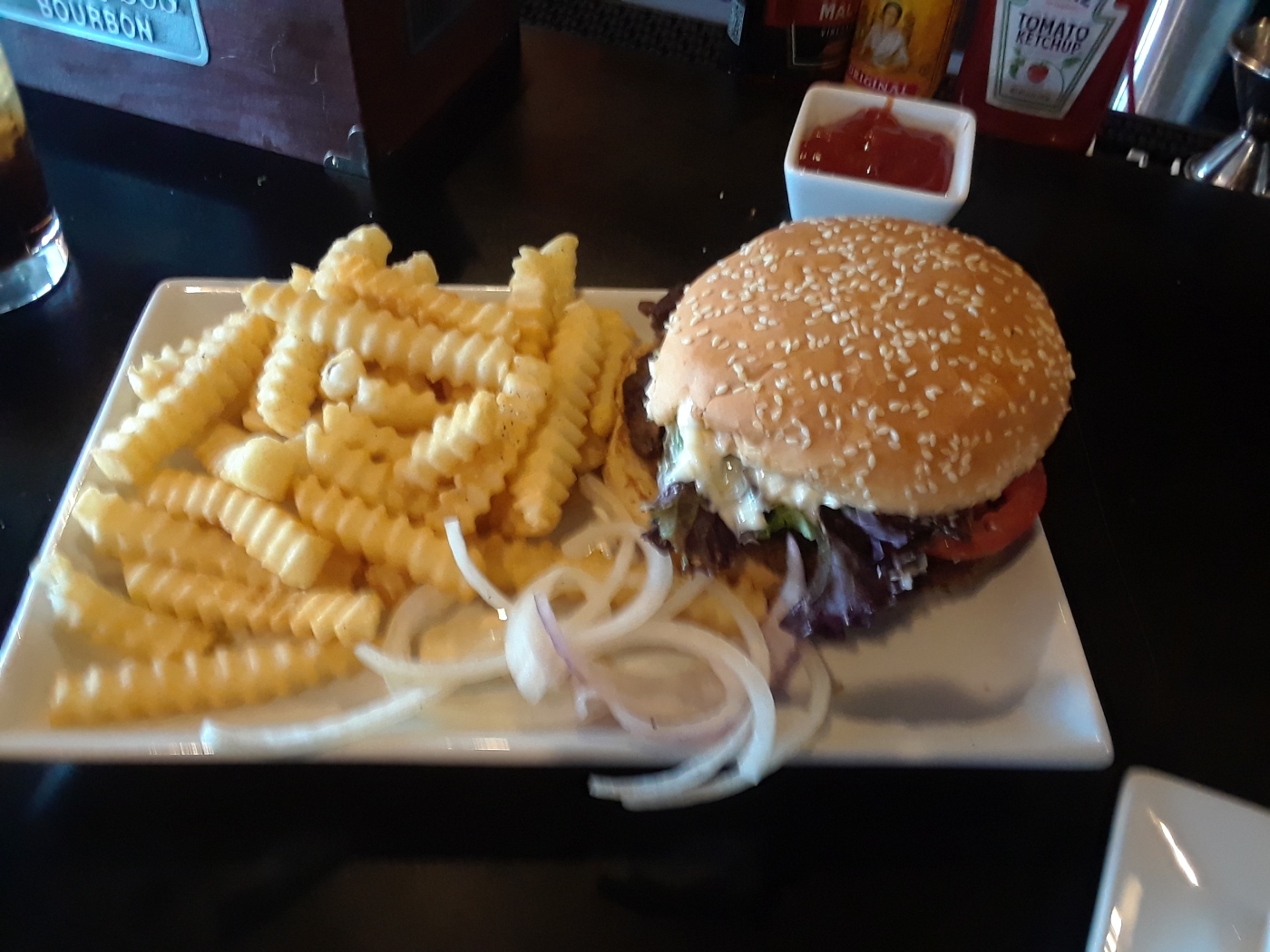 You remember the margarine that calls itself, “I Can’t Believe It’s Not Butter”?

It doesn’t taste like butter, it tastes like petroleum. Hold your ear up to the plastic tub, you can almost hear the roar of chain saws decimating yet another Asian forest to make palm oil.

So, when I went to Hopcat on Bardstown, I was skeptical about a veggie burger called “The Impossible Burger” in tiny little print at the bottom of the menu.

But, hey, I’ll try anything vegan at least once. The crime partner and I agreed to split one, thinking that would be the safest approach to this strange, new thing.

“Veggie burgers have come a long way,” I noted as the crime partner crunched down on his first bite.

“No shit,” he said, with a conviction that surprised me.

I bit into my burger. Oh. I was so embarrassed for the restaurant. They served me a real burger.

“No, this is a veggie burger,” the crime partner insisted.

I double checked with the internet. The internet affirmed.

“And it’s vegan?” I asked. I haven’t been an apostate all these years to start believing now.

Let me quickly note that I’m rarely disappointed with a veggie burger, whether it’s made of roots, soy, rice, chickpeas, oatmeal, etc. Partly because, let’s face it, real burgers are rarely that good.

The abiding philosophy underlying hamburger meat is: Let’s grind up some really crap cuts of beef and put a lot of ketchup on it.

The idea of hamburgers is great. You get a great big starch and protein fix. What could go wrong?

But the reality is usually something overcooked or even burnt, flavorless, and ridden with gristle which really needs to be quietly removed from between your teeth and placed on the edge of the plate if you value your intestines.

It’s the texture of the impossible burger, really, that mimics hamburger meat, and a juicy quality that most veggie burgers miss. It deconstructs in your mouth like a burger.

I looked up the ingredients for this confection, and it seems to be made mostly of potatoes, wheat, soy, and yeast. Palm oil conspicuous in its absence from the ingredients list.

“Heme” is a derived plant substance that gives the impossible burger its blood red quality. Apparently, the need to feel you are eating something that not only died, but also bled, is essential to the well being of the reptilian brain.

Want to hire this writer? Email her at lynnmariehamilton@gmail.com.